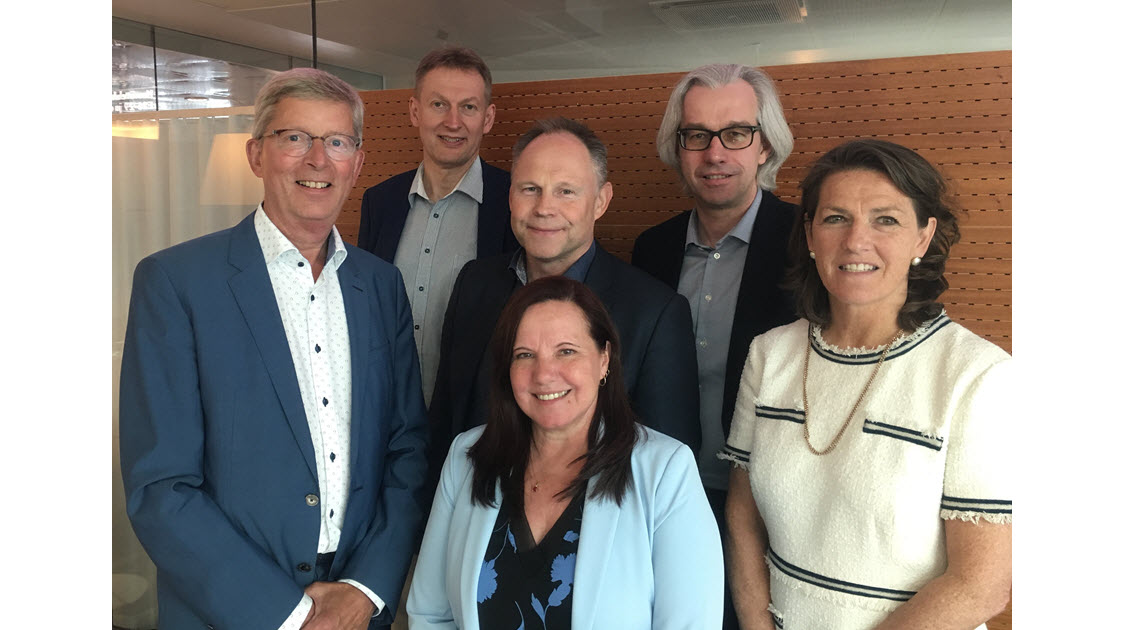 Changes at the Board of ETIM International

Changes at the Board of ETIM International

ETIM International is delighted to announce two changes to its Executive Board:

Margaret Fitzsimons, CEO of the UK’s Electrical Distributors’ Association (EDA), was elected to the board at ETIM’s General Assembly meeting in May and joined her five colleagues in Helsinki for her first Board meeting on 12th June where this group photo was taken.

Also at that meeting, Mary Shaw, Director, International Standardization, IDEA, which is the National ETIM Organisation for North America, became Vice President of ETIM International taking over from Ryszard D’Antoni who retired after six years on the Board.

Margaret said “I was very honoured to be elected to the ETIM International Board. The EDA has long recognised that ETIM is a key element in the digitalisation of the electro-technical supply chain. It has been high on our agenda for almost five years and I have been involved in every step of its introduction and implementation in UK. I hope that sharing our experiences at board level as a country that is relatively new to ETIM will be of benefit to other countries who are at a similar stage in the journey. Improved communication is one area where I hope to add real value. Working so closely with my experienced Board colleagues will also be hugely beneficial to me.”

Mary Shaw joined the ETIM board in June 2018 having been the driver for ETIM in North America since 2014. ” I am very pleased and excited for this new expanded opportunity on the Board of ETIM International. I believe that through collaboration with my board peers and Jan and Marc, we can grow ETIM International into a widely recognized and respected organization with a broadly adopted data standard that benefits the entire industry,” said Mary Shaw.

Jan Janse, President of ETIM International, said “Firstly I would like to thank Ryszard d’Antoni for his long service on the Board and for his energy and commitment to ETIM as Vice President. I now look forward to working more closely with Mary who brings so much technical and industry knowledge to the group. I also welcome Margaret to the Board and I am convinced that she brings a lot of energy and ideas to the board to promote ETIM as the leading standard. Next to her extensive experience we will certainly profit from her strategic input and her drive for clear communication”.

The Executive Board of ETIM currently comprises 6 members:

The Board is supported by Marc Habets, Technical Director, ETIM International

Members of the Board are elected by the General Assembly of ETIM International comprising representatives of each of the 20 member countries. Board members serve a three-year term and can be nominated for re-election.